Automatic feeding system for broilers, which is one of the most preferred systems among poultry equipment, especially; They stand out as the preferred infrastructures in large agricultural and poultry farms. In particular, the diet of chickens and chicks raised for meat production is considered one of the most important factors in terms of increased livestock and meat yields. In this context, feeding broilers and chicks with traditional methods can be quite challenging in terms of meat yield, especially in industrial poultry handling. At this point, poultry equipment, chicken feeding systems, which are also considered as new generation technologies, are considered among the most important factors in the animal feeding process.

Silos and feed transport systems are considered infrastructures that are often preferred in new generation livestock applications and enable higher productivity. In this context, silos are defined as infrastructures, also called feed warehouses, which are necessary for the preservation of the freshness of the feed and its safe storage. Feed transport systems can be defined as the preferred systems for the delivery of feed from the feed silo or warehouse to farms, poultry or animal feeders. Silo and feed transport systems working with each other with 100% integration; They are defined as one of the most effective methods for animals to reach their food in the healthiest and most efficient way.

Poultry ventilation systems stand out as an infrastructure that will ensure the continuity of the air cycle and control factors such as temperature changes and high humidity, especially in poultry houses such as chickens. In this context, poultry ventilation systems respond to needs such as cleaning gases such as ammonia and the high content of carbon dioxide resulting from faeces and similar waste in the areas where the animals are concentrated. Poultry ventilation systems are of vital importance in these cases, since these gases will pose a threat to the health of the animals in cases where they exceed the average. Apart from all this, oxygen circulation must be provided in houses where animal density is high. These systems, which are also defined as a set of equipment such as poultry fans, are also defined as infrastructures that fulfill the function of providing the oxygen cycle, which is one of the most important criteria for the health of chickens and chicks.

Refrigeration systems are generally defined as infrastructures used in poultry areas and the like. Refrigeration systems help control the temperature values in poultry houses, which are essential for the health of animals such as chickens and chicks. In this context, refrigeration systems are among the poultry equipment and systems that stand out for their versatility of use and control options. These systems not only allow the cooling infrastructure to function more efficiently in poultry houses, but also help the mechanism to be more easily controlled. Thus, through a simplified interface, users can control the temperature values in areas such as chicken coops or closed farms in a more systematic way.

To make a general definition, poultry control systems are defined as integrated infrastructures where all the optimization and monitoring options can be controlled from a single point. Poultry control options including multiple control, use and monitoring options; It contains all the necessary equipment for the sanitary standards of animals in the environment. These systems, which also respond to needs such as the care, monitoring and control of the chicken and chick care processes; Many optimizations can be made through the PLC control unit. 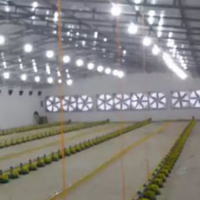 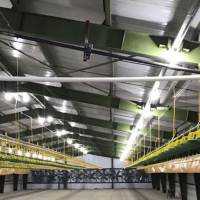 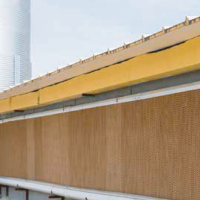 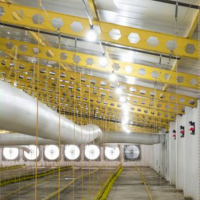